It was once considered to be a rich man’s dessert because few could afford it.  However, today you might be hard pressed to find a tourist in Italy who hasn’t visited one of the 5,000 Italian ice cream parlors serving this cool, rich, creamy dessert known as gelato.  Amazingly, this delicious dessert has been a part of the Italian Cuisine long before spaghetti and pizza.  Gelato, which means frozen, was invented by Bernardo Buontalenti in 1559.  He first served his cold concoction of milk, honey, and egg yolks at the Court of Medici.  It was a huge success and quickly became popular throughout Italy and then France.

The Gelato Festival is a competition that brings the best artisans and their unique flavor combinations to the public for sampling and voting.  The traveling festival is already underway and goes through the summer, where three food trucks tour 12 cities throughout Europe allowing the public to take part in the event.  The Buontalenti truck handles the production space, the Ruggeri handles the event space, and the Caterina de’ Medici handles the events and gelato tastings.  Guests can learn how gelato is produced, take part in a gelato making class, sample various flavors, and vote for their favorite.  A panel of experts also assists in the judging process.  Two competitions are held in each city – one for the gelato specialists and one for the newcomers.  Winners from each of the categories advance to the finals, which are held in September.  Only one will win the title “Best Flavor in Europe.”

The festival boasts new and unique flavors, as artisans create one of a kind combinations in hopes of winning.  These flavors can range from deliciously tantalizing to downright strange, such as the mixture of lemon, buffalo milk, fresh mojito, and pistachio pesto.  Oh, by the way, I heard it was delicious!  Or one might try Lucia Cosentino’s creation called Nonna Rosa, which incorporates creamed mascarpone, bits of rice flour biscotti, then topped with fresh strawberries and homemade syrup.  Sounds yummy to me! In 2016, the popular vote went to Eugenio Morrone with his Mandarino Tardivo – a combination of mandarin oranges, ginger, and peppermint.  As you can see, these are not your typical vanilla or chocolate inspired combinations, which makes the festival all the more fun to attend.

The Gelato Festival Finals are held from September 14-17, 2017 (check out their website below for their current dates and location), at the Grand Piazzale Michelangelo in Florence, Italy.  Admission is free, however, guests must purchase wristbands to gain access and sample all the flavors, whether competing or not.  The gourmet package allows you to sample all the finalist’s flavors.  And while you’re in Florence, you may want to visit Viale dei Mille to taste the real Buontalenti’s gelato.  It’s made by Gelateria Badiani who registered the trademark! 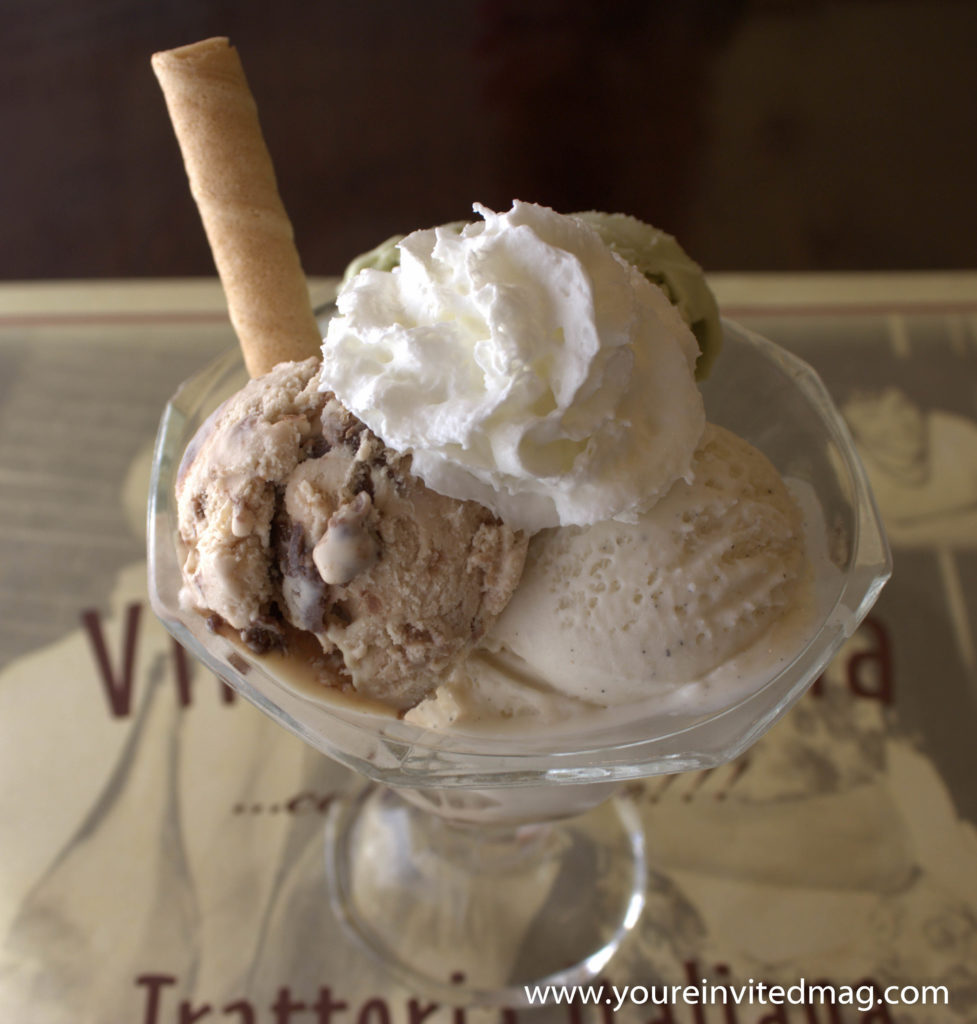 For more information on the Gelato Festival, visit their website at www.gelatofestival.it/en.

Did you know there are slimming benefits to eating gelato?  Traditional American made ice cream ranges from 10% to 16% fat.  Gelato contains 4% to 7% fat, whereas sorbetto (sorbet) has a much lower fat content, since it is made with water.  So instead of eating a bowl of ice cream, why not try a scoop of gelato.  It contains less air than traditional ice cream, thereby giving it a rich, dense texture which is more satisfying.  Or better yet, have a bowl of sorbet!

© By Linda Yonan and Sheri Lamas

More Fun Stuff to Check Out